My son's rendition of me is one of the inspirations behind my new CD and the cover art - his simple and sincere offering. And that's precisely the essence of what I hope the music on Portrait - which is now available - will convey.

Four of the tracks on Portrait are "studio" offerings with me making all the noises - while the other five tracks were recorded live as a quartet at Bombs Away Cafe on June 28, 2007 and feature the talents of John Bliss (Guitar), Steve Willis (Bass), and Viking (Drums). A "live" setting provides opportunities for Jazz players to not only be inspired by each other but by their audience - and the bar is raised further when the recording machine is running! So we just went for it, using our instruments instead of pencils, and began to sketch away at various sonic settings.

The tracks on Portrait (all original tunes) are:
There are many more "portraits" to be made and I look forward to sitting for another soon. Hope you enjoy this one! 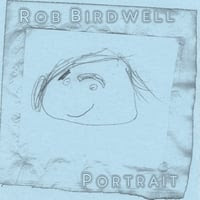