Letter to the US Electoral College Electors

The following is my letter/email the the United States Electoral College Electors via http://www.asktheelectors.org/ - I'm posting it here because a number of Electors' email accounts are simply being inundated and may never be received.  I may also append Electors' replies as a matter of record - some of them appear to be respectful, while not particularly promising.  Still, it's our right to speak out.  I personally believe that the pending election of Donald Trump to the office of President of the United States is a grave concern and worthy of employing all legal and proper methods for resisting before it can even begin.  -RB

President-elect Trump has demonstrated during the entire course of his campaign, throughout the debates, and throughout these brief post-election weeks that he is every bit the emotionally unstable, intellectually vacuous, racist, misogynistic, and textbook demagogue we've witnessed all along. It's naive to think he has any capacity to "change" or "rise to the job" of President of the United States.  Politicians of all parties - Republican, Democrat, Independent, Green, et al. - agree that a President Trump will be nothing short of a nightmare for our great nation.


President-elect Trump has no real interest in the people of this country.  This is demonstrated time and time again with his crass interactions with a free press, his disparaging statements towards women, the disabled, people of color, and his utter lack of humility.


As a demagogue, Donald Trump acts solely for his own self-interests.  His plans to devastate our environment and natural resources, his unpredictable, mean-spirited and reactionary character, his propensity to promote ersatz subordinates to the highest levels of leadership - those and many more character flaws and patterns - all raise dire concerns for our nation’s welfare and are a recipe for an unprecedented political, economic, social, and environmental horror that must be wholly rejected before it can begin.


On behalf of all that is truly great about America, our democracy, our freedom, our precious environment, our national security, our children and future generations to come, our well-being and standing with the rest of the countries that we share this planet with, and for peace on this Earth - on behalf of all these and more - I and many, many others of all races, genders, political, social, economic, and religious beliefs implore you to cast a vote for a candidate other than Donald Trump.  It is a moral imperative that Donald Trump never be allowed to take the oath of President.

Thank you for your time and consideration, I appreciate and respect the role you serve in our electoral process.

If you were looking to make energy investments in your community/region, where would you want your money to go?

All of us alive today were born into a world of massive fossil fuel use, a primarily monolithic energy belief system, with deeply entrenched infrastructure and politics. We're all simultaneously beneficiaries and victims of fossil fuels.

Yet knowing what we know about climate change, the toxic effect of fossil fuels on our environment, impact on indigenous peoples and their lands so often appropriated for pathways for infrastructure, and the impact on the health of human and animal life, shouldn't we demand of our governments, corporations, and financial institutions to offer up better energy choices for all generations and particularly the generations to come?

Posted by Rob Birdwell at 7:40 PM No comments:

I'll be guest-conducting the following works:

Other works to be performed and conducted by Corvallis-OSU Symphony music director Marlan Carlson include:


Am I excited?  Way beyond that!  There's a tremendous amount of talent on and off stage - professional musicians, teachers, extraordinary students, and pro-level community players comprise this orchestra.  A hard working symphony board and masterful music direction by Marlan Carlson make this, like so many other concerts, a one-of-a-kind event.

It's an honor to be able to "play" (as conducting is my instrument for this gig) with such talented musicians.  As usual, I'm humbled but soaking in the experience and always learning new things.  The 30 minutes or so that I'll spend on the stand during the performance imploring musical expression out of the orchestra for my selections - and flowing along a good deal of the way too - won't compare to the hours/days/nights of preparation, dreaming, scoring, communicating, persuading, doubting, and hoping.  That's true with just about everything though - probably why I like watching those "making of" documentaries of films or music as much (if not more) than the finished product. 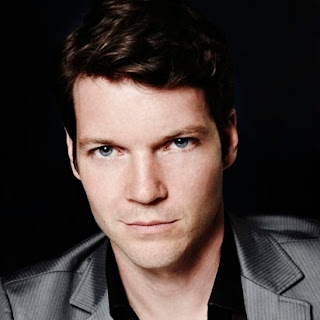 Marlan Carlson and I were chatting in his office in early December 2015 about the possibility and logistics of adding David Bowie's Space Oddity to the program, preferably with an operatic baritone singer. To my delight he said he knew just the singer.  I followed him from his office as he speedily lead the way to the studio of Marc Callahan.  Marlan asked Marc of his availability, introduced me, and then I mentioned the Bowie song; Marc took maybe 20 seconds to stew this idea around before he said, "why not?" and just like that a new arrangement, song, and performer were slated for the concert! It's been a joy getting to know Marc and his exceptional vocal talents.  I can't wait for him to unleash that thunderous voice of his on this song - it is musically and emotionally fitting that a wondrous voice and talent such as his will be performing it.  Coming in the shadow of David Bowie's recent passing makes it all the more poignant.  I'd been scoring the arrangement of Space Oddity and completely immersed in all things Bowie for several weeks when I heard the sad news.  The gift of Bowie's Blackstar album and the stories from his collaborators shed light on his relentless artistry despite what he was facing.  Can't get much more final frontier than that. 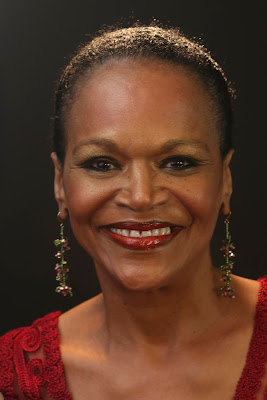 There are always pleasant surprises and happy accidents when putting together any music, program, show or concert - getting to know poet, author, and storyteller Shelley Moon is certainly one, and Maya Angelou's poem "A Brave and Startling Truth" is another.  The concept of the "final frontier" theme is clear in every line of Dr. Angelou's poem - written in 1995 in honor of the 50th anniversary of the United Nations - and Shelley Moon's reading of it will be a gift for all as she lends her artistic voice and life experience to every word, phrase, and meaning in the poem.  As Maya Angelou so eloquently states, "We are the miraculous, the true wonder of this world " - that's final frontier stuff all the way. 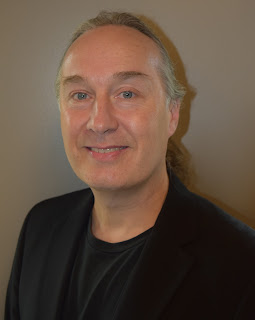 Shelley Moon's reading of "A Brave and Startling Truth" will be underscored by my original music inspired by Maya Angelou's words and message.  It's an experiment and there's always risk in this sort of thing but I'm grateful for this collaboration and opportunity.

And finally, don't even get me started on the Theremin and all that I learned about that instrument and its inventor over these past couple months!  More on that later - hopefully much more!

Posted by Rob Birdwell at 9:22 PM No comments: