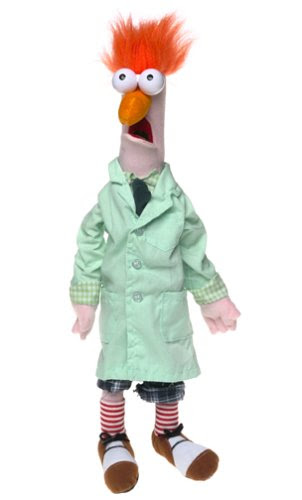 Well, now that the announcement is out, you'll just have to wait a while to learn much more - the theory is that it will be possible to take this from the lab to the field by early Summer 2009.

Parts for all tunes will be available and distributed from this link.

The latest news and additional CORE information will be posted here and you can always subscribe to the CORE RSS/Atom feed for automatic updates in your email and/or browser. I've also set up a CORE Group on Google for all CORE email updates, news and other CORE related events.

Every week or so I get a message saying one of my horn clips is being used - I usually check these out and some of them are okay...but "Old Tymers" by YouriAce was very catchy! Check it out:

Looks like some interesting research might be going on here but we'll all have to wait and see what comes out of the lab.

Posted by Rob Birdwell at 8:24 PM No comments:

For those of you composing, arranging, and producing tracks: spice up your mixes with my Real Trumpet Audio Loop library - over 500 ACIDized loop, licks and one-shots...check out my YouTube ad:

Posted by Rob Birdwell at 1:32 AM No comments:

This video feed, captured by the nice folks at the Corvallis GT, is pretty neat. A short glimpse into our June 2008 performance at Sunnyside Up Cafe. Unfortunately, the audio quality from the video is sort of like listening to shattering glass hitting a steel plate - quality like this is usually reserved for stuffed animals toys that bark or growl! Despite the glistening distortions you can still catch a bit of the essence of the Portal in action.

Some things to note in this particular clip:

A new composition is borne when the lively waitress announces to the patrons "two casadias without a number" - thus inspires the rhythmic chanting and accompanying groove. But the mood soon evolves into something else entirely, then settles into yet another funky setting. Rarely do things in life stay the same and this is true of the music we're creating in the Portal. A placid groove is dissolved, shattered and moves to more dangerous territory...tempi, moods, and rhythms are mutated...the good, bad and ugly all get a voice at times! But all is forgiven...concerted shrapnel, hit-hit-stop...chaos...Dave's announcement: "Now, it's open season" - segues into a short fugue of sorts...then we go deep and dangerous again only to sum it all up with the big hit-hit ending...

Rob
Posted by Rob Birdwell at 8:28 PM No comments: